China looks at increasing its exports, creating opportunities for others

"The Chinese textile industry has become a key player after decades of reform. In 2018, Chinese production of chemical fibers made up over two thirds of the global production. “Textile exports from the country also increased by 3.5 per cent to reach 37.6 per cent of the world’s total in 2018, while apparel exports accounted for 31.3 per cent of the total world’s total exports" 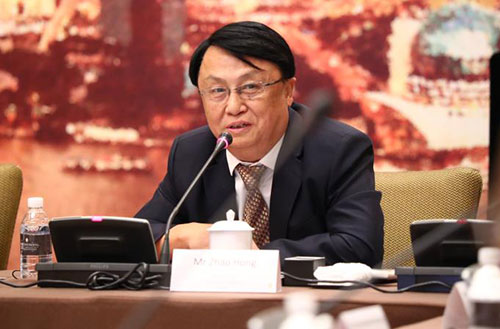 Advanced manufacturing and additional investments in companies across the world, have made China the world’s biggest textile market. To exploit the growing potential of this market, the 25th Autumn Edition of Intertextile Shanghai Apparel Fabrics organised a private round table meeting on September 25, 2019. The conference included a keynote speech and a panel discussion. Olaf Schmidt, Vice President of Textiles & Technologies at Messe Frankfurt delivered the welcome speech. “Through this fair, we aim to curate a fringe programme that will inform, engage and connect thought leaders from across the world,” he said.

Xu Yingxin, Vice President of the China National Textile and Apparel Council and Chairman of CCPIT-TEX (co-organiser of the fair) delivered the keynote address, titled: The Current Situation of China’s Textile Industry. The main takeaways from the keynote address and the panel discussion were:

High demand from the domestic market

The Chinese textile industry has become a key player after decades of reform. In 2018, Chinese production of chemical fibers made up over two thirds of the global production. “Textile exports from the country also increased by 3.5 per cent to reach 37.6 per cent of the world’s total in 2018, while apparel exports accounted for 31.3 per cent of the total world’s total exports,” noted Yingxin 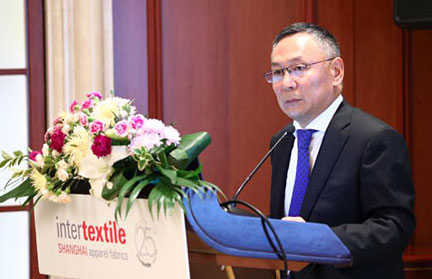 Although the purchasing power of Chinese consumers has slowed slightly, country’s textile industry is still experiencing high demand from the domestic market. “Our huge population offers our apparel industry a huge safety net as clothing is a necessity rather than a luxury,” Yingxin observed. However, though apparel sales have continued to grow in 2019, the pace of growth slowed.

The panel discussion further focused on sustainability. Carol Hanlon, Textile Clothing Footwear Resource Centre, Australia pointed out “As a leader of textile production, China has the capacity to drive change in circularity. There will be a demand for sustainability in the future as younger generations are increasingly associated with climate activism.” 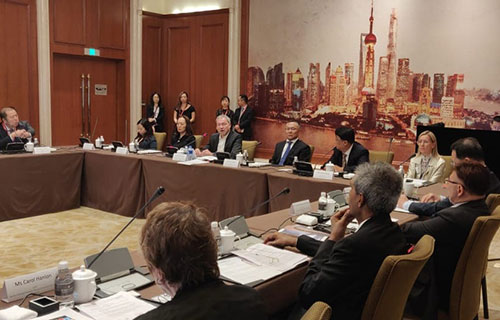 China creating opportunities for other countries

China exports around 18 per cent its textiles to the US. It is also the largest exporter of textiles and apparel to the US, accounting for 38 per cent of the nation’s total imports. This is creating new opportunities for other countries to explore the US market. Ade Sudrajat, Indonesian Textile Association noted, “We aim to develop our local e-commerce and start-ups.”

Autumn 2019 Edition of Intertextile Shanghai Apparel Fabrics was held from September 25-27, 2019 in Shanghai. The event was co-organised by Messe Frankfurt (HK) alongwith Sub-Council of Textile Industry, CCPIT; and the China Textile Information Centre.